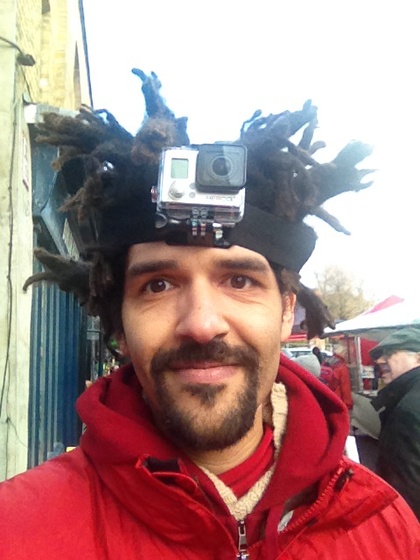 His character moves on from their failed relationship in a more positive way than Saffron is yet able to do. Often on his bicycle, through his eyes we see alternative ways of experiencing the city, especially in Floyd's bike ride through Hackney and the Broadway market scene

Seke works in dance as a choreographer, performer and teacher.

Seke has so far created 4 pieces for his own company, Seke Chimutengwende & Friends: Mr Lawrence, The Time Travel Piece, 45 Dances for the People of Ham and King Arthur.

http://www.sekechimutengwende.com/
Back to all cast