Gina Birch appears in the very first shot of I am not a village sweeping a drawing of a baby along a hospital corridor. Her own song about yearning to have a child is playing on the hospital radio. She appears later in her cleaner role at the end of the Club scene and then as a painter and musician in the the Broadway market scene 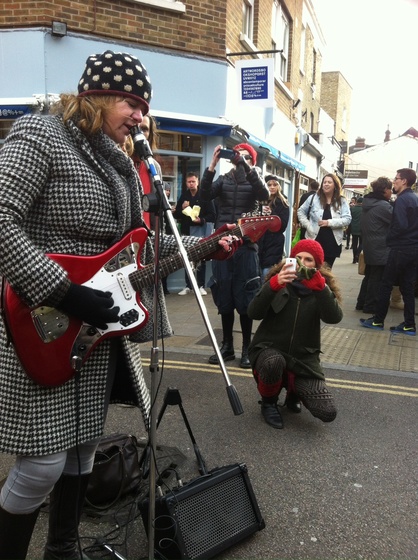 Gina Birch (born 1955) is an English musician and filmmaker, probably best known as a founding member of The Raincoats. She has two adopted daughters from China, named Honey and Lei-Lei. Both of which did modeling when they were younger. Honey likes to sing and Lei-Lei dances.

Back to all cast