While scrambling to get onto an overcrowded bus on way to bank an envelope of cash that her ex-boyfriend Floyd repays her with at the end of their relationship, the money has fallen from Saffron's hands and onto a variety of body parts of other people scrambling to get onto the same bus, from elbow to hand and foot to knee then high through the sky into unsuspecting Beaver's hand. While this happens the bus doors close with Saffron inside and the bus driver will not left her out until the next stop, despite all pleading.

Beaver tries and fails to get the attention of passing market-goers to find out from where this money has come and eventually looks up into the sky and just says "Thanks!". She then stores her paintings in a shed behind her stall, exchanges a word with the hardware shop worker who shares the yard, and roams away back through the market.

When Saffron finally breathlessly returns to the Market she also asks and is ignored by market goers where the money can have gone, just as Beaver had done. In the far distance, amidst the Market crowds she spots the top of a red hood and makes off in hot pursuit. One of Floyd's friends, Matu, who'd been flirting with her on the bus, now makes a reappearance and sets off in pursuit of Saffron.

Beaver moves through the crowd, walking up to stalls wondering what to do with her riches. Clearly can be heard a traditional style market barker bellowing "Fiver a cupcake, Coffee with everything, balsamic reduced sourced enhanced.." We see and hear a montage of food porn/vlogspeak. As Beaver looks over insane varieties of expensive foods, she has pleasant interactions with market holders and people in the shops and restaurants and coffee shops. She buys a cake and coffee but knows the money'll disappear in a day if she carries on this way. She talks at length to and gives some money to a homeless woman called Joleen, one of many homeless people present throughout the market. She gestures to Joleen toward some smoked salmon but Joleen expresses her preference for gozleme from the cafe, they talk further.

Beaver's mind is increasingly on people who worked on this market in the past. With a soundtrack of Joleen's story of "care" and her 8 children, and housing, and just her life. 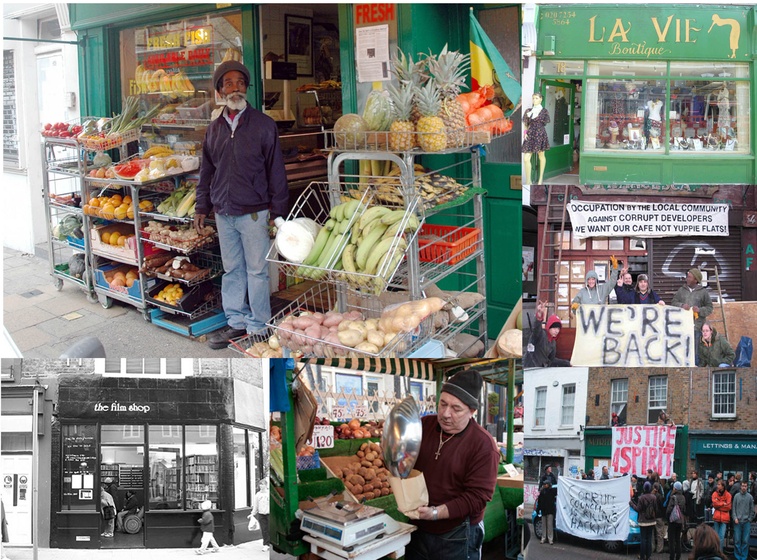 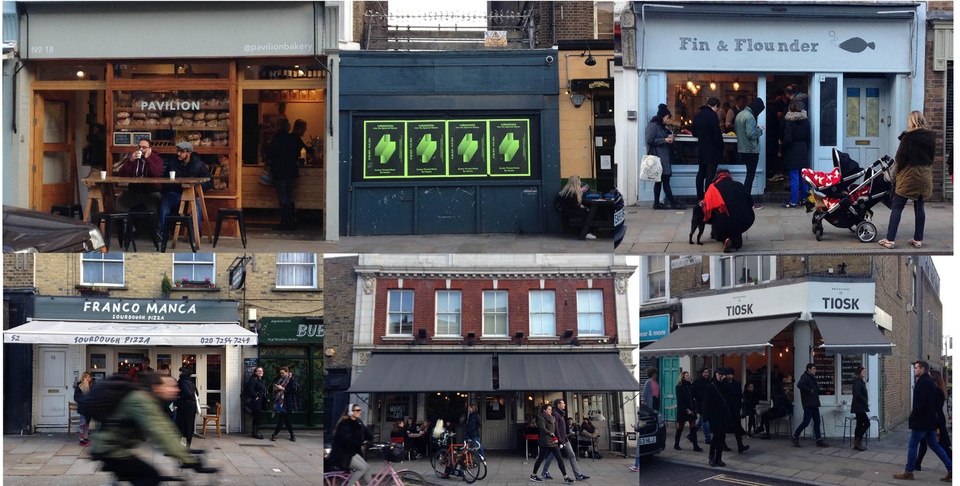 Documentation of their words (in which money and corruption feature frequently) intersperse with Joleen's story, the market barker/ foodporn rant/ montage as well as interactions with the current incumbents (and faintly the "Opera of Sorry"). The Market Barker turns the words into a song, Beaver catches his eye and listens for a while. A number of times homeless people ask her for money or a cigarette. They know her and she knows them. She hands them each £20 and their gratitude is extreme, their faces lighting up. Then Beaver spies an old friend, an elderly lady pushing a shopping trolley and walks away with her across the canal bridge.

Saffron constantly just fails to catch up with Beaver, she sees red hoods everywhere, becoming increasingly frustrated with everybody she meets and the neighbourhood itself. She dashes up to people and frantically demands they tell her where is Beaver, they are cold and rude with her as they have been kind and courteous with Beaver. Matu tries to intervene but she rebuffs him. They finally reach the canal end of the market..

Beaver and her friend have gone into the Perseverance Pub and are nowhere to be seen. Beaver drinks a half pint and leaves a£20 tip, for which she receives a sneer. Saffron meanwhile walks grimly up Pritchard's road while Matu has found friends in Little Georgia cafe

Beaver leaves the Percy and walks up Goldsmiths row (past a number of her homeless friends buying crack from a parked car as well as Matu hanging with his friends outside Little Georgia). She walks past the Old Children's hospital, now making way for Bagel lady 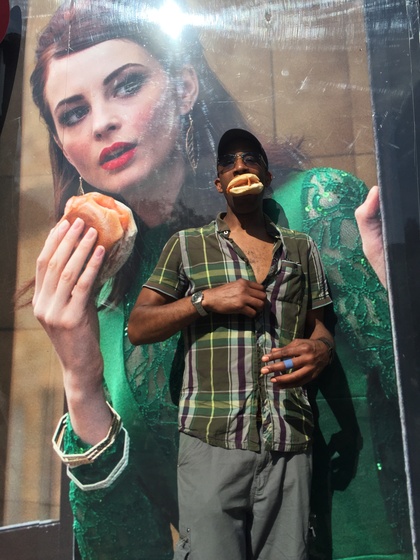 and her angry boyfriend 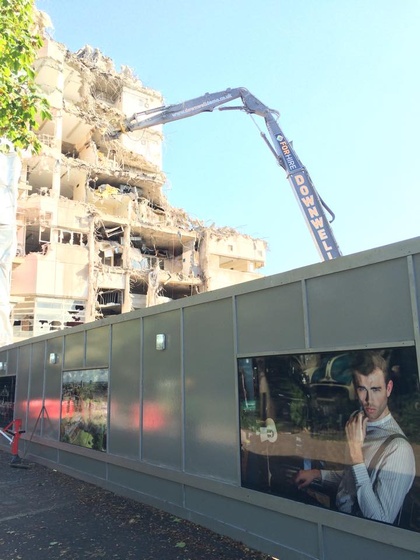 Beaver then ducks into Haggerston park via the ducks and geese and donkey and pigs and bicycle repairs of Hackney city farm (many humans eating in the cafe while many animals eat in the farm). As Beaver walks through the park, footballer players on one side and the pond on the other, Saffron spots again her red hood from now faraway Hackney road and renews her pursuit.

First Beaver and then a little later Saffron later emerge from the entrance at the other end of the park and weave their way past the old swimming baths, the Suleymaniye mosque at the end of the road, past the Bridge academy back across the canal toward the newly built new-build on the site of the old Samuel house on the Haggerston estate 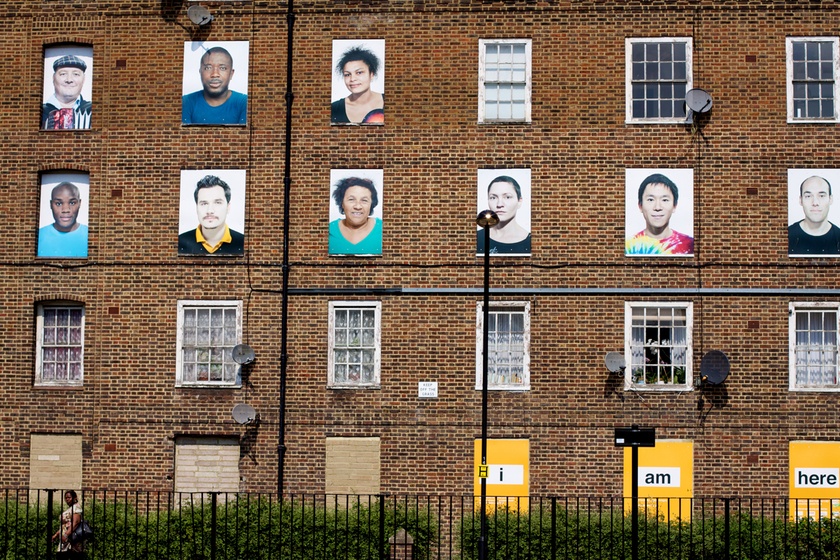 Suddenly from the Laburnam boat club seemingly 100s of small children dressed as pirates whip past in canoes shouting all the way.

So many places Beaver goes there are memories of places no longer there, construction sites and identical new buildings and people, she is on a journey through the changes in the neighbourhood in the past few years.

She travels through Haggerston and back to Hackney Central where the riots once were, through the "Fashion hub" and back through Clapton.

Slowly Beaver realises that there are strings attached to every part of her and everybody else. She traces the strings and they go up and up until appears a "war cabinet" of men in suits (puppets) moving and removing parts of the neighbourhood on a large 3 dimensional map.

Saffron is unaware of the strings pulling her and all others around.

Standing near a stationary stall, Beaver receives a call from Max and Niamh at The demonstration; it has turned violent. She borrows scissors from the stall, cuts the strings and as she rushes off, Saffron finally spots and tears after her.