Saffron is finally home after her disassociated walk home from the hospital, she has bought food in Roman road market. She pours herself a huge gin and cooks herself a drunken heartbroken comfort meal with escalating sensations of both euphoria and despair 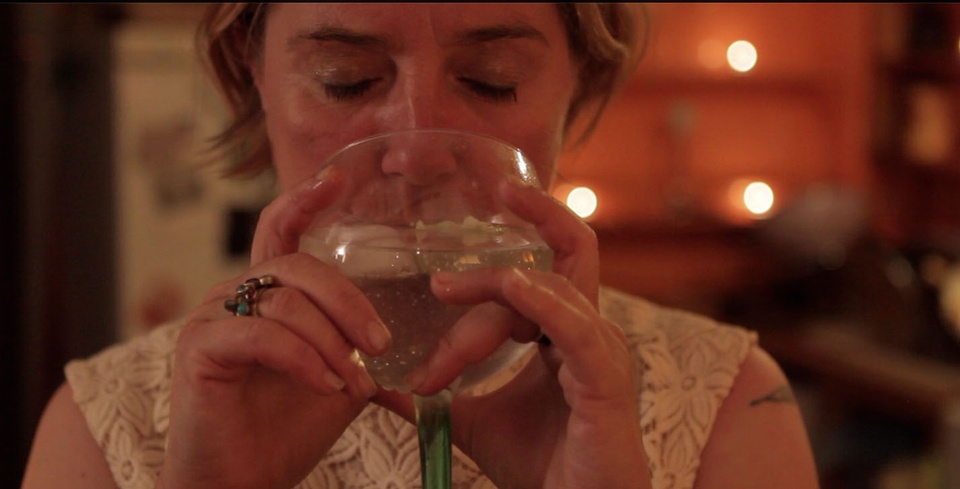 As her drunken despair transforms increasingly into decadent euphoria she goes on-line and begins to communicate with friends around the world and to imagine other lives she might be leading away from London. She tries to buy a ticket on a travel website but her card is declined. 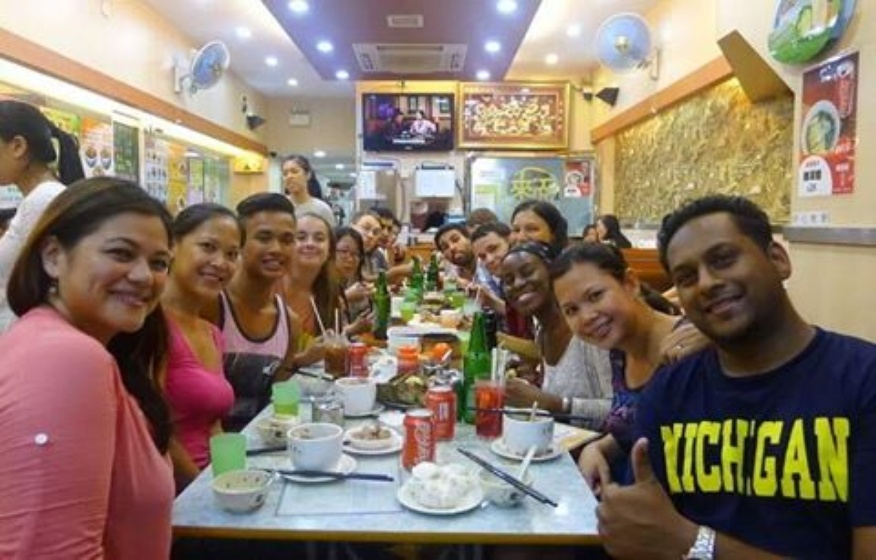 In July 2014 we were commissioned by Yellow Fish: Epic durational performance festival in Seattle to create a durational piece and we decided to shoot Saffron's Miserarium as a durational performance by live-feeding the meal preparation to the Yellow Fish HQ Hedreen Gallery in Seattle and by sharing a simultaneous dinner party with as many friends in as many timezones as we could manage (while also hosting a birthday dinner in my/ Saffron's home). 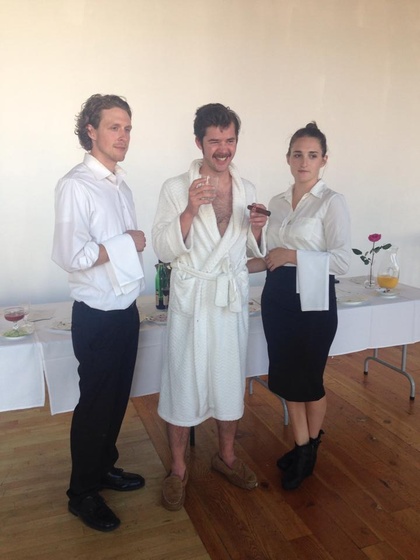 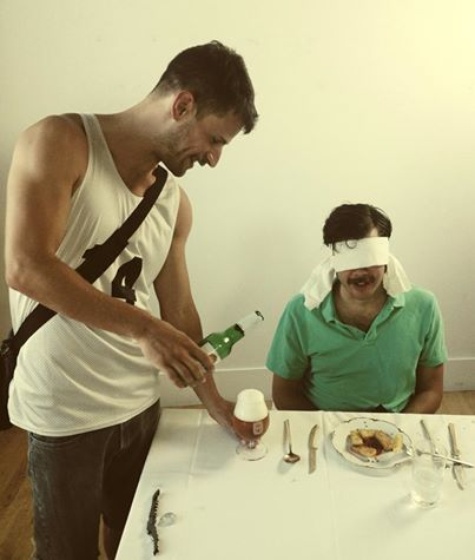 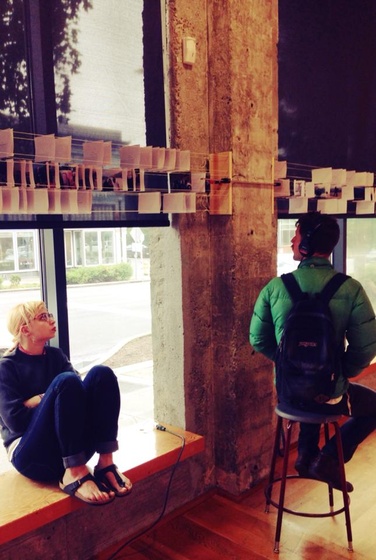