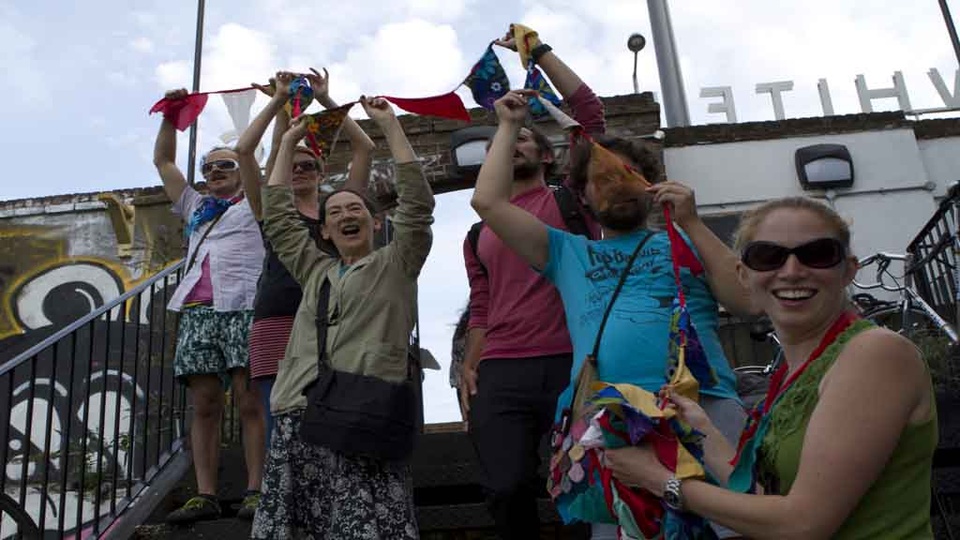 Feder Nox
Italian born – once London, Edinburgh based Feder Nox, is a video maker, editor and writer. She graduated from London Met, writing her thesis on her big love of the silver screen, Rainer Werner Fassbinder. Fassbinder’s realism, socially, politically, economically and sexually, has influenced and inspired her own work, where she expresses her self and manifests her ideas, via (mainly) black and white images and visual representations. ©2014

Michelle Outram
makes works exploring the socio-political contexts of being human through utilising live (dance/performance), mediatised (audio, visual) and spatial (installation) forms to create meaningful environments for audiences to experience. Michelle has also worked as a manager and producer, mostly in Australia. She has facilitated workshops in performance and collaboration across disciplines in Australia, Taiwan and the UK. She has taught Interdisciplinary Performance at Edith Cowan University. (photograph of Michelle, courtesy of Manuel Vason)
http://www.michelleoutram.com

Back to all crew